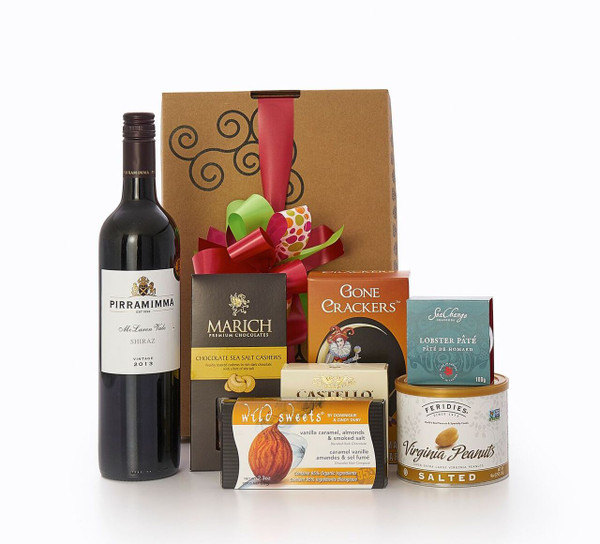 Impress the wine connoisseur with this fine Australian Pirramimma from McLaren Vale.

PIRRAMIMMA
Pirramimma was founded by Alexander Campbell Johnston in 1892 and has been owned and operated by the Johnston family ever since.

The Johnston family arrived in South Australia in 1839 and in 1892 Alexander, the tenth of thirteen children, purchased 97 hectares of rich farmland southeast of the then fledgling village of McLaren Vale. He named his land Pirramimma, an Aboriginal phrase meaning "the moon and the stars".

The vineyard soils vary from sandy, on the rise, to rich dark loam on the flat. Over 60% of the vineyards are planted to premium red wine varieties, including Shiraz, Cabernet Sauvignon, Merlot and Petit Verdot ( for Australia's first 100% Petit Verdot wine), with Chardonnay the largest single white grape planting on the estate.

The Pirramimma Winery is located just a short distance south of the small township of McLaren Vale, about 40 kilometres south of Adelaide, the capital of South Australia.

Tempered by the cooling breezes of the nearby Gulf St. Vincent, McLaren vale has a mild Mediterranean climate which, coupled with the complex rich soil structure, has attained international fame for its rich expressive red wines and elegant whites.

The Big Thank You

Dinner in a Box